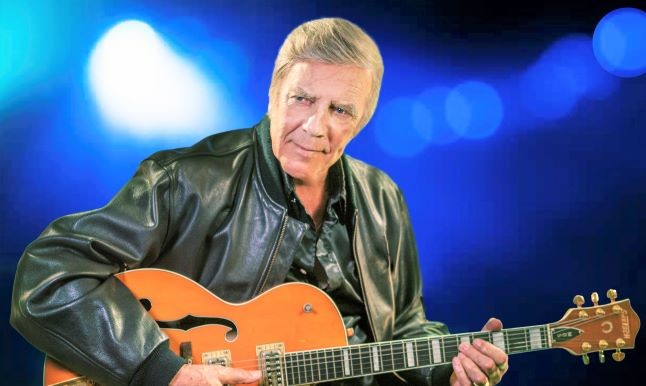 A chance to see live on stage one of the only performing original Rock'n'Roll Pioneers in the World today.

Marty began his career in 1957 - and was one of the first British singers to play a leading part in those early formative and groundbreaking ‘Rock'n'Roll’ years’. Today he celebrates 8 decades as a hit recording artist and songwriter.

With his many hits, including “Teenager In Love”, “Endless Sleep ”,”Donna ”,”Sea Of Love ” “Bad Boy” ,”Rubber Ball” and “Jezebel” and a host of wonderful songs from that era - Marty Wilde and his fabulous band the Wildcats take you back through some of the most exciting musical times this country has ever experienced.

A fantastic evening awaits you from a man who a short while ago was awarded the MBE by the Queen for Services to Music and who in May of 2019 made a welcome return to the British music charts with his top ten hits CD, Dreamboats & Petticoats presents The Very Best Of Marty Wilde and again in October 2020 he made the UK album charts with all-new material on his “Running Together” project which was issued on CD and Limited Edition vinyl.

Also in December 2020 he wrote, recorded and produced his first-ever Christmas double A sided single “Christmas Fantasia”/” Christmas All Over The World” and recorded it with his daughters Kim and Roxanne Wilde.

So,get ready for a stunning musical roller coaster as Marty Wilde and the Wildcats bring you this much-acclaimed show – a show that has been rocking the audiences around the country.

A show not to be missed!