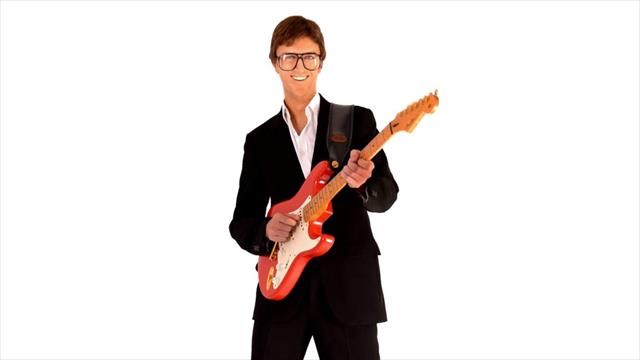 ‘A remarkably proficient guitarist… he not only sounds like Hank Marvin, but could almost be him onstage’ – Guitar & Bass Magazine

Guitarist Justin Daish is a long-standing friend of the Exchange. In 2010 and 2012 his band The Shadowers played here alongside ex-Shadows bassists Alan Jones and Justin's dear, late friend Brian 'Licorice' Locking, and in 2019 he dazzled as he guested for Jimmy Jemain ('Stars in Their Eyes') in the Cliff Richard tribute 'Wired for Sound'.

Now Justin returns with his Hank Marvin extravaganza; a sparkling production which took more than two years to develop.

The visual similarity to Hank Marvin is not the only likeness in this show; Justin's famously accurate guitar sound has seen him share the stage with Bruce Welch and Jet Harris.

Featuring The Shadows’ greatest hits, including  ‘Apache’, ‘Wonderful Land’, ‘Foot Tapper’ and ‘Cavatina’, plus music that Hank Marvin has recorded and performed over a record-breaking 60-year career, Shadowing Hank captures the magic of the great man’s live shows.

Shadowing Hank certainly has a claim to the title ‘biggest small show in the world’. Come and see why, and join in this celebration of the music of one of the UK’s greatest-ever guitarists. You’ll be doing the Shadows Walk into the night, and humming the famous tunes long after you leave the theatre!