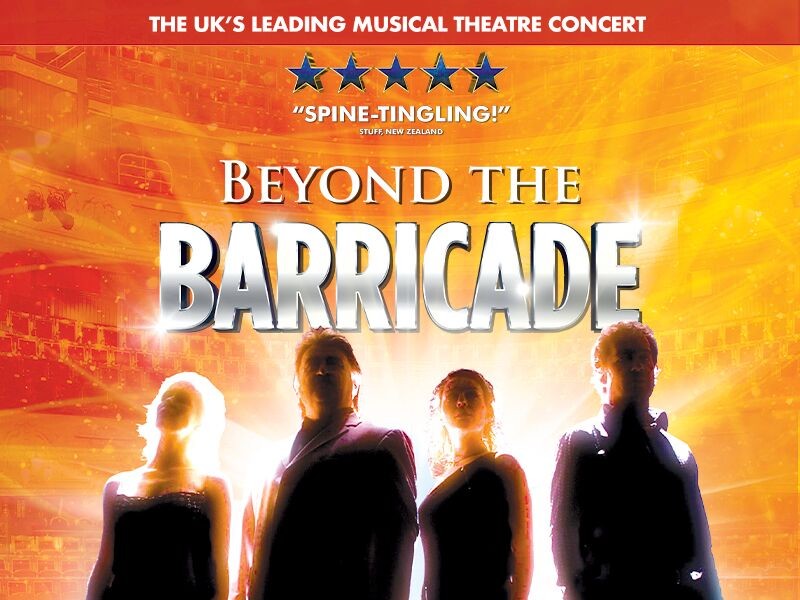 Now celebrating an incredible 21 Years touring the UK, and firmly established as the longest running Musical Theatre Concert Tour. Featuring past-principal performers from Les Misérables, Beyond the Barricade delivers a wonderful performance of the best loved songs from Broadway and the West End, ending of course with a stunning finale from Les Misérables.

For 2020, this brand new 21st Anniversary Tour will include many of the songs that have made Beyond the Barricade the most popular musical theatre concert in the Country.

The concert features David Fawcett (Valjean) Andy Reiss (Enjolras & Resident Director for the National Tour of Les Miserables) Katie Leeming (Eponine) and Poppy Tierney (Cosette), who, together with a live band, capture the feel of the original orchestrations of the chosen musicals, allowing the audience to hear the songs as if they were listening to the original performances.

This is a musical theatre experience not to be missed.